Joyce Allene (Knight) Stockman of Milburn passed away peacefully Wednesday, October 5, 2022 at her home surrounded by family.  She was born December 3, 1934 to Ben Knight and Lula (Patterson) Knight in Lawton, Oklahoma.

Joyce married James Stockman on August 1, 1953 in Texas City, Texas.  This union lasted until James' death.  Being a military wife, Joyce traveled to many different places during the 29 years James served in the United States Army.   They were stationed in Vermont in 1977 when James retired and they made their home in Ardmore.  Joyce later moved to Milburn to be near her daughter.

Joyce enjoyed life.  She loved dancing, traveling, and going to garage sales.  She collected salt and pepper shakers, thimbles, John Wayne memorabilia, and clocks.  She loved all of her collections and according to family, she wouldn't sell any of it.  She would loan items to family members but it was just a loan.  Every year, Joyce travelled to Branson, Mo. with her family and was planning to go again this year as well.  Although she didn't drive, she still had a valid drivers license and wasn't willing to part with it either.   Joyce enjoyed time with her granddaughter, Keysha and 3 month old great-granddaughter as well.

Graveside services will be held Friday, October 7, 2022 at 10 am at Hillcrest Memorial Park located at 1610 C St. SE Ardmore, Oklahoma.

To send flowers to the family or plant a tree in memory of Joyce Allene (Knight) Stockman, please visit our floral store. 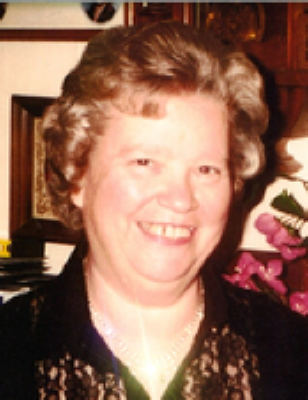 Family and friends are coming together online to create a special keepsake. Every memory left on the online obituary will be automatically included in the book.

You can still show your support by sending flowers directly to the family, or by planting a memorial tree in the memory of Joyce Allene (Knight) Stockman
SHARE OBITUARY
© 2023 Hartwell Funeral Home. All Rights Reserved. Funeral Home website by CFS & TA | Terms of Use | Privacy Policy | Accessibility